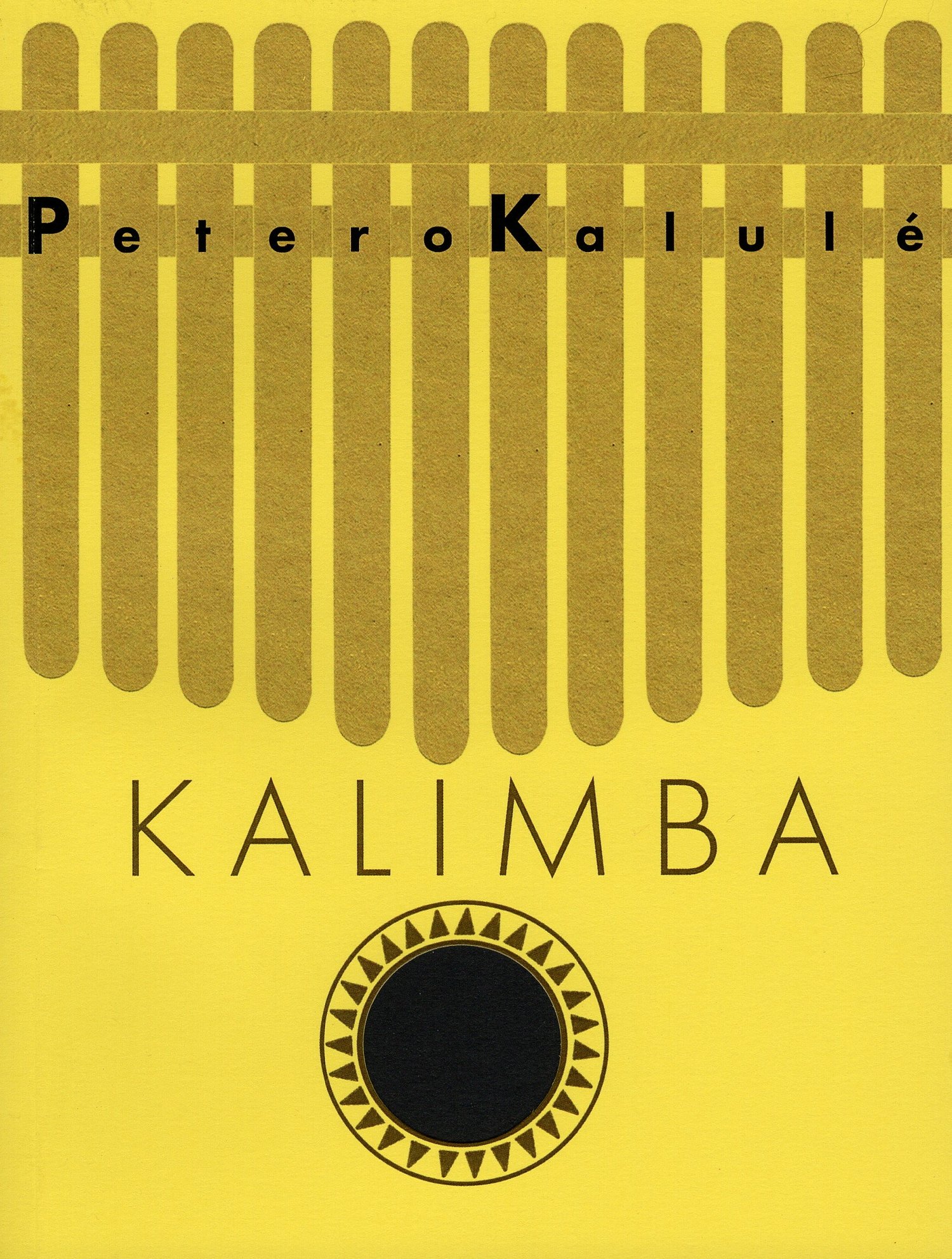 Petero Kalulé’s Kalimba (Guillemot Press, 2019) is part of a movement of poetic breath taking place; an aesthetic embodied and grounded in historical geographies and cultural location. A poetics working within, through and, perhaps, against a lyric tradition. To read Kalimba is really to listen to a set of sonic languages that mediate social thought.

Even in typography, a blissful swerve:

Size and shape blessing sight, uncovering depth as page is arranged as interface and interlocutor. Interface too continues as music and print continually interweave in bouts of sonic visuality. Read from ‘Brilliant Corners’:

Continually musical history is invoked; written into being at the edge of sound, voice, and language. ‘Sound is same’ extends this ambit into a space of popular sensibility where:

The playfulness that sameness engenders, in willful flow, is accentuated by the differential of the line break and forward slash in a way that seems to distend the relationship between the performed, spoken, voiced sound and the traditional role of the slash in written literary culture. Perhaps this bears weight in placing Kalulé in a line of popular black poets including Amiri Baraka, Ntozake Shange and Kamau Brathwaite. I say popular here as a kind of disposition; when Baraka changed his name from Leroi Jones and moved up to Harlem from the Lower East Side, or Brathwaite changed name from Edward to Kamau, they tapped into a sociality of poetics that shifted the form of their poetry as much as their social identity. This shifting is at the crux of an undercommon impulse that reaches and connects far beyond its subcultural stylings.

Sound, from this precipice, is wrought two ways. Firstly, ‘Transcribing Noise’ makes this explicit attempt to capture thought through what may be seen as a para-lyrical move. Para-lyrical, following the thought of Fred Moten and Nahum Chandler, implies an attention to lyric tradition but an articulation that could never be contained within the normative lyric subject. This, then, is the tension that poetry as knowledge production is wrought within. Kalulé’s condensation of thought, so sought after in the preconceived fashions of a post-war avant-garde, is played through its motions where listening continually interpellates the lyric span:

beyond the drum-insides of this body, there is somewhere in the out of memory, a noise, a compounded pang of heaviness. i am trying to transcribe the noise, but the changes are hard to (b)ear

This essayistic moment is augmented by the second mode, aptly named ‘Raga’, normatively understood as an Indic melodic framework where improvisation festoons:

Affective response, interaction takes a mediated experience. In the poem ‘Drum / Ngoma’, ‘to play drum’, opens out a spirituality ‘(never above)’; a grounded spirit mediated in an ecology of sociality – ‘innermost / circlets’. The eponymous track resurfaces a tactile, dexterous approach to language as finger-bended sound.

‘Locomotive’ touches on a contemporary political moment, namely (post)Brexit London. Even here identifications set off a chain of cultural excursions. Situated on a train, the cut-up commuter traffic of neoliberal life under the pressure of (post)imperial culture where ‘foggy old England’s sky scape~s’ are found ‘rectilinear aboard’, ‘mercantile, swing’, ‘tor por’, as ‘tannoy chimes!’ Prefaced by a Spiritual, the fragmented present is read as an almost disidentificatory mode in a manner in which the socio-political detritus of the contemporary is found in recompositional phonicity. In doing so Kalulé opens up future lines of thought and work that could be situated within a larger frame of radical poetics as they intersect with racial aesthetics and sonic cultures.

Perhaps to move in relevance and resistance, as Kalimba proffers, is to place cultural form at the centre of creative and critical work where aesthetic experimentation, radical history and environments of the social meet in poetic bliss.

Kashif Sharma-Patel is a poet and writer. They have published poetry in MOTE, amberflora, DATABLEED, Paratext, Zarf and Erotoplasty. They are the co-founder of The 87 Press, with their debut book forthcoming called Dreaming Death. Kashif also writes freelance in the area of music, literature and aesthetics including publications in Artforum, AQNB, Tiny Mixtapes and Spamzine.